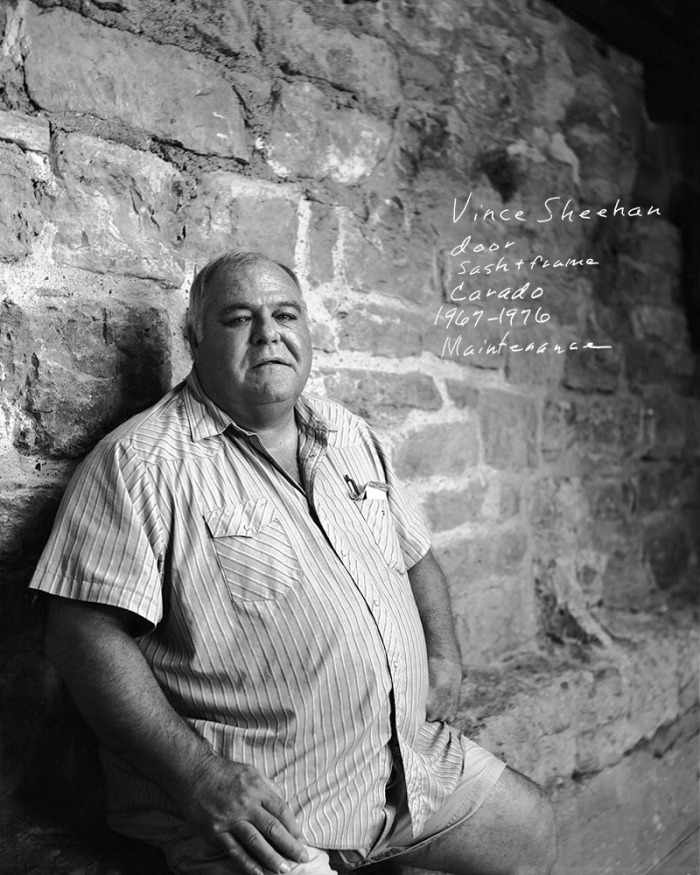 Late in the afternoon the sun would shine off these windows in the Caradco building here and make reflections on the street, and because of all the machinery running in there those reflections would wiggle. The whole building was shaking! It was awesome. You could see the windows wiggling! We’d be over in the electrical shop and we’d watch that. Somebody said, “Once they move out and start taking all the conduit out, the whole building is going to fall down—that’s probably what’s holding it together.”

I started at Caradco right after I got out of the service right in ’67. I started on the first floor bench, and then they transferred me up to the third floor—I was pulling vinyl into the wood door jams and head jams. Then I got into the maintenance shop and I was there ‘til they pretty much got done pulling everything out. I helped with that—taking all the machines out and shipping them to Rantoul.

After Caradco closed, I worked at Etrl’s as an electrician and then at Deere’s and then I ended up retiring form the State of Illinois. But, you know, I really missed Caradco. It wasn’t because of the pay—the pay wasn’t great. In fact, we had one guy working in the frame department on the third floor. He work here eight hours a day and made his incentive, then he worked at the packing house on the hog kill five hours after that and he said he’d make more money working the five hours at the pack then he did working down here for eight hours. But, no, Caradco just had more of a close-knit, family type feeling. You’d go the Blue Moon after work or, come Saturday morning, it’d be a warm, nice looking sunny day and I’d call up eight, ten different people and say, “Let’s go on a picnic,” and we’d go to Swiss Valley and have a picnic and play softball or whatever. Yeah. Or we’d get together at somebody’s house and play Euchre. It was like a family.