I started the year they opened. Neil McEvoy got me hired pretty much. He knew somebody in the family and he got me on. Oh, I had a couple other jobs before that—I worked for Lear Siegler out on Kerper and I worked at the Dubuque Pack for a while, part-time. And then I started at Jeld-Wen in the fall of ’78.

I liked working there for the most part. You know, it’s a factory job. You worked with the same people every day and saw the soap opera stuff, but generally it was all right. I got into what I was doin’ and then they told me it was good. I worked in the warehouse and then shipping and receiving—that’s what I did probably ninety percent of the time I was there. I was a forklift driver.

Toward the end I was with the garage door line. We moved it out to Peosta for a couple three years—they thought it was going to get bigger and they needed more room, but then the reverse happened. So we moved it back down here, but it just didn’t work out. There was lots of warranty claims and … it was bad. It lasted about another year and then I got the option to get out. There was rumors then that Jeld-Wen was going to close Dubuque once they got their place in Louisiana up and going, so I thought I’m better off getting’ out before I get too much older.

I got out three years ago next month. I had thirty-three years and eleven days in. God, to be that young again! 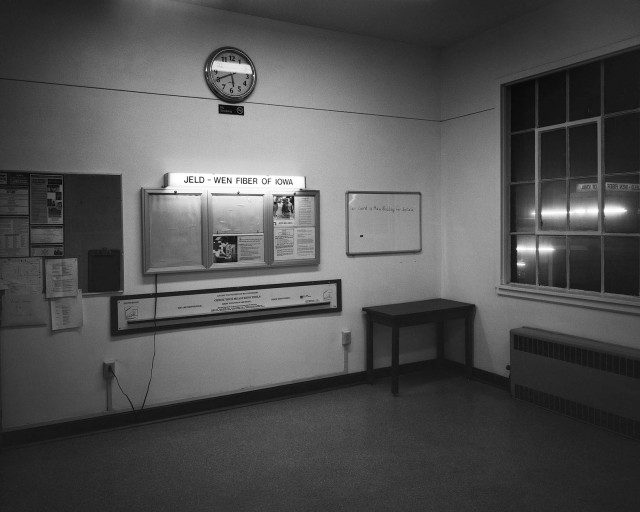