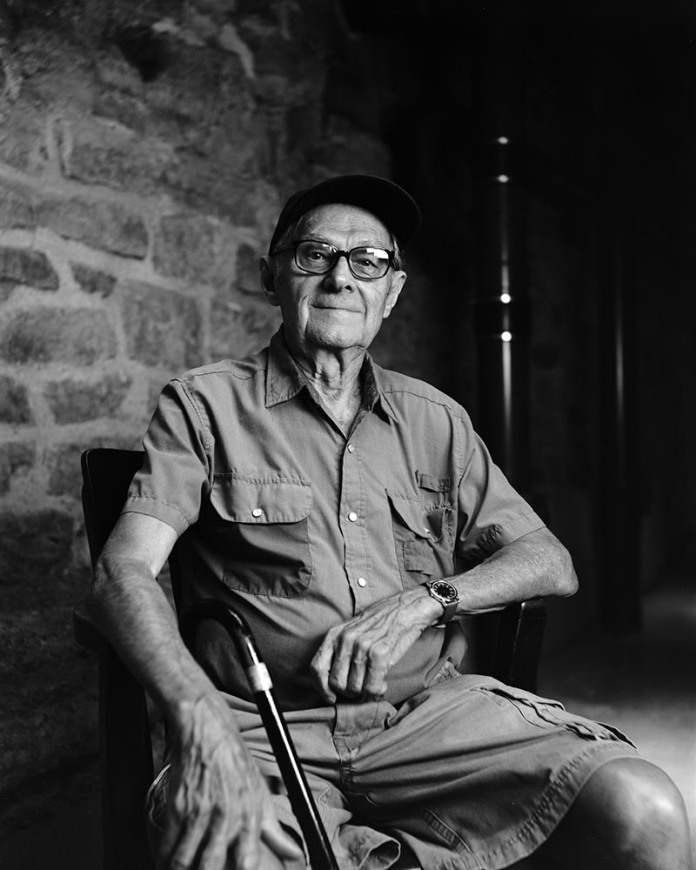 The company had a factory in Omaha and I started there in 1941. I’m from out in western Iowa—the little town of Charter Oak. I was born on a farm there. After high school I took a year of business college in Omaha and then I got the job in June of ’41. Of course Pearl Harbor was December 7th and I knew whether I wanted to or not I’d end up in the service, so I got into a reserve unit and I was called to active duty in February of ‘43. I was in the Signal Core and the only time I had a gun was the four weeks I was in basic training. I spent my overseas time in New Guinea. I was in combat zones but never in combat, which was fine with me.

After that, I came back to the company in Omaha. The plant there was called Adams & Kelly and it was big—it was a block long and a half-a-block wide and four stories high. It was on the flats. One year they had a flood and some people panicked and we moved everything out. But the dikes held so we moved all that stuff out for nothing. Anyhow, that plant got sold and I transferred to Dubuque in 1958.

I worked in the office, which was at Eleventh and Jackson. My title was General Accounting Manager. But one of my jobs was collecting rent on some properties. Caradco owned all the houses on the block across from the office—that block just to the north. It was mostly rental housing. Collecting rent there wasn’t always easy. We didn’t have the highest class of tenants, I guess you could say. In those houses people were still sharing bathrooms and … they weren’t the best houses. And when a house would need renovation, like a new roof or furnace, they would just tear it down instead of fixing it up. Eventually the whole block was torn down. It’s all part of Spahn and Rose today.

In 1976 the company moved down to Illinois—Rantoul—and I moved with them. I stayed down there twelve more years until I retired. The company was still called Caradco down there, but since we weren’t making any money we kept getting sold and every time we got sold I’d have to close the books. One year we had to close the books three times because of these sales. That’s a lot of work.