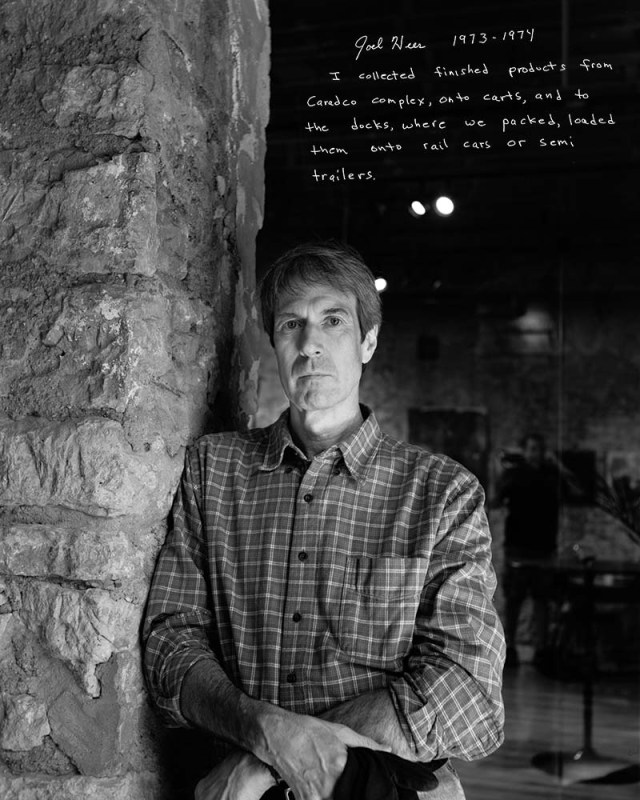 I worked here in the summers in the early ‘70s, between high school and my first two years of college. My dad had been a policeman, but he was working at Universal Electric, which was in a building right across the street from Caradco. They were a wholesale electrical supply firm. So he knew people down at Caradco and I think he suggested I go down there—not that he had any pull—but I think he may’ve heard they were looking for summer help. I worked in the shipping department with a few guys who were just grunt summer labor. They put us on jobs that didn’t require too much training, as far as how to build a window or something. We’d get these packing slips and then we’d go around to the different departments and pick up finished products and take them on carts down to the loading docks to pack into railcars or semis.

The part that I didn’t like was, if we ever dropped or cracked or damaged something, which invariably happened, meandering through the building, we’d have to take it back to that department and have it repaired. And we were always afraid to do that because the old guys that were building them, to see one that they’d just got done with come back … they didn’t like that. Usually it was just a corner cracked or it would be something that you hit when you turned a corner or whatever, but they always hated to see their handiwork damaged.

Caradco was a busy place then. There were railcars and semis out on the docks all the time. So it may not have been their heyday, but it seemed pretty busy to me.